The Craziest Place in the Balkans

I reached Szczecin in the early evening and the rain stopped there. In many western countries, people have this opinion about Poland that it is not developed and there is still much communist hangover. However, this picture is not completely true. As Poland joined EU in 2014, loads of EU infrastructure money poured in. The roads became much better, the train stations look like in Germany and most of the historical buildings are well preserved.

Once I entered Szczecin, I noticed that unlike France or Italy, in Poland all the pedestrians wait at red lights, even when there were no vehicles on the road. As a casual traveler who was used to the Berlin rhythm, I felt ‘WOWO! The Polish are so organized!’

Later I learned that unlike other western European countries, even pedestrians got fined if they crossed the roads at red lights.

My couchsurfing host was B, a friendly Greek living in Szczecin. He worked in Poland and also taught Greek online. He was into history and also traveled much. Since he studied anthropology in Greece, he did a research project in Sandžak, Serbia.

B: That is the craziest place I have ever been! WOWO! It’s deep in the mountains. They smoke so much weed, drank so much and had such crazy parties! There are prostitutes on the street. You would not expect that from a former communist country! People there are so friendly! The whole place felt surreal! I learned their language and lived there for a while. It might be the craziest experience in my life!

There happened to be a festival on the river bank. When we got there, it was all crowded with thousands of people. At a certain moment the fireworks started and the sky was lit up. A couple of days ago, they just had the Tall Ship Race, with Andrea Bocelli performing. This was Europe, even in a city you had never heard of, they probably had some wonderful festivals starred by the world’s top artists. 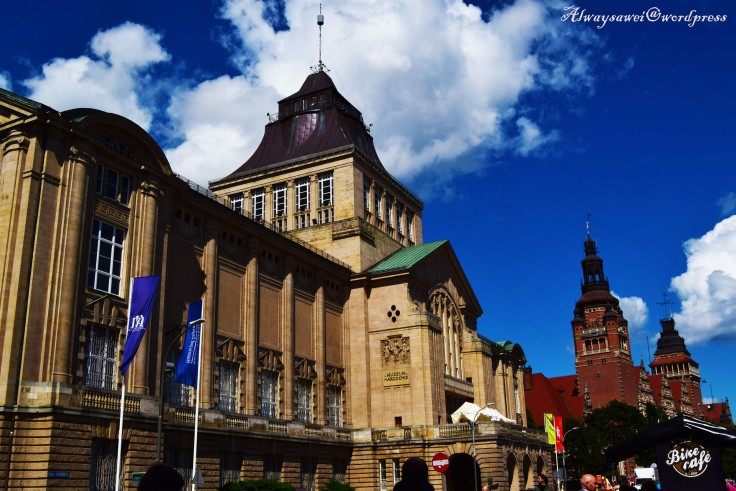 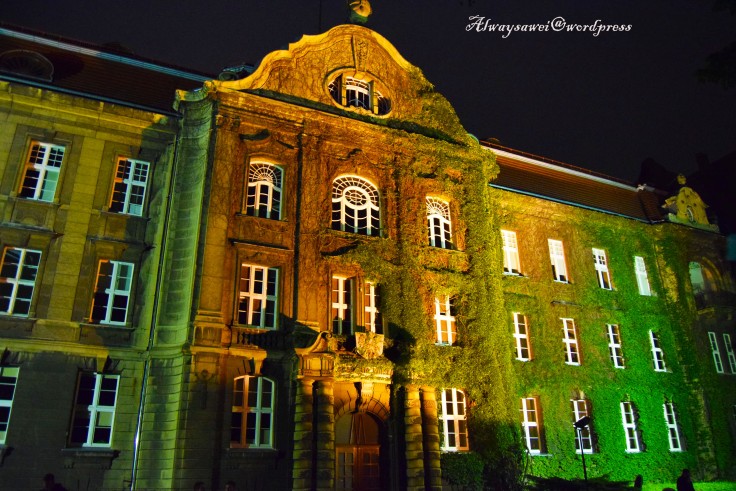 You know the Russian Empress Ekaterina the Great right? She was a German princess born in Szczecin, before she was married to the Russian prince. Although the house where she was born was not preserved and now a bank stood at the location, a plaque could be found commemorating her.

The next day, after a short visit of Szczecin, I started hitchhiking to Berlin. When I was walking around Szczecin, the weather was still pretty OK, but once I set foot on the road, the clouds started to gather…… disturbing, very disturbing.

I was praying to the God of Good Weather for Travelers for allowing me a couple of hours to get a ride to Berlin.

Nope, I stood there for 45 minutes and 23 seconds, still no car stopped.

Bang! There was a loud thunder. I got a bit nervous…… ready to become a soaked sponge again……

Just that moment, a car stopped. This lovely Polish couple about 30 years old asked me: ‘Where do you go?’
I: Berlin, anywhere in that direction, or just anywhere as long as I do not stand here and get wet from the rain!

They both worked in Germany. Since in Poland it was more difficult for young people to find well paid jobs than in Western European countries, many young Poles moved to the UK, Germany, France and other countries to work and study. Since these countries were all in EU, no visa or whatever was needed. As a matter of fact, 35% of the Polish population lived abroad. In London one could easily get around by speaking only Polish.

When I was in Strasbourg a few years back, at midnight at a small bus stop, I met several Polish men from the countryside looking for a job there. They did not have a place to sleep and it was raining heavily, so they were all hiding under the glass wall of the bus stop. They were about 35 to 45 years old. You might think that they must have felt rather miserable. However, that was not the case, they were gladly chatting with each other, making jokes about the weather. I happened to be reading a Polish-English dictionary at that moment, you know, just to refresh my Polish, so I could communicate with them.

They told me: ‘Young man, probably you don’t understand this, but we are of a special generation. We are not like those Western Germans or French, who were born into a rich country. We are used to harsh life. When we were born, Poland was still a communist country. The living condition was harsh and we suffered. When we were teenagers, suddenly the Soviet Union collapsed but still life was hard there. Then when we were all adults, got married and had children, suddenly Poland joined EU! All the EU states suddenly opened the door for us! Enormous opportunities! So we were born citizens of People’s Republic of Poland, then became citizens of Republic of Poland in 1989, now we are citizens of EU!’

Have you watched the Polish director Krzysztof Kieślowski’s Three Colors Trilogy? In one of them, White, you get a glance how Polish migrant workers are struggling abroad. Great film!

This young couple eventually brought me directly to the city center of Berlin. 🙂 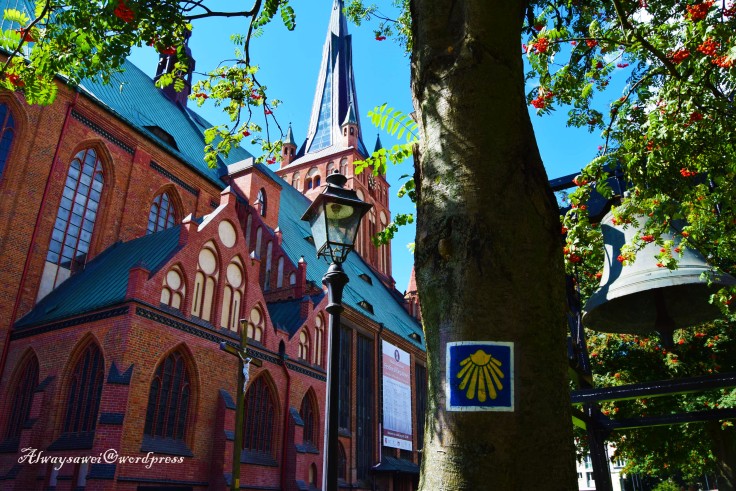 Capital of Weirdos and Alternative Culture

I was in Berlin again. It must be my 6th or 7th time in Berlin and yet every time there was something to see, something to do and something to surprise me. Well, this is Berlin, the capital of weird people and alternative culture in the whole Europe.

My host, Let’s call him P, was a 39 years old German dude, born in Democratic Republic of Germany, a communist state that stopped existing in 1990. He still kept his ID of that time. Nope, he was not sentimental or left wing. Instead, he was quite right wing. Trained as an anthropologist, he barely worked. I was there for one week and only saw him going to work once, doing some anthropology work for a bank.

When I arrived in his place from Szczecin, it was already evening. He lived with 3 housemates, one girl and two guys, all in their 20s. Their shared living room was filled with food of all kinds, vegetables still in boxes, stacks of bread, piles of chocolates, etc.. The whole living room looked like a vegetable field next to a grocery store and it smelled so. We had dinner together and were avidly discussing cultures and economies of different countries. Obviously, they were all well traveled and well versed in world geopolitics, which was a typical Berlin thing.

One of the housemates, Tomas, a hungarian only 21 years old, already traveled to dozens of countries and even hitchhiked with his buddy in Kyrgyzstan and Kazakhstan. He was fascinated by the silk road and we could not stop talking about those wonders along the silk road, the Greek Buddhist state which existed more than 2000 years ago and the Christian nomads in central Asia. Another flatmate, Fransizka, a young German girl studied development economy and spent much time in Africa. When we were avidly discussing world politics, P opened the fridge and took out a big box. He put on his usual cynical smile and asked me: ‘Do you want some meat?’ I said: ‘Sure! I am a big meat eater.’ He opened the box and I saw large pieces of pork and beef, already well cooked and seasoned, stacking together.

After all of us enjoyed a big festive dinner. P put on his usual cynical smile again, and asked me: ‘Do you know all this food is from dumpster diving, including the meat? I saw on your couchsurfing profile you are OK with that, right?’

I was shocked (in a nice way) for two seconds and said: ‘Yes yes! I am all right with it.’

We cleaned the table and the housemates left to their own rooms. I finally got a chance to talk with my host. He had a cynical smile which seemed to be half mocking the world and half mocking life. What was special about him? He was a professional dumpster diver and had been doing it for years. The biggest passion of him was dumpster diving and well, dumpster diving. So, in case you are not familiar with the concept of dumpster diving. It is basically alternative people searching the garbage bins of grocery stores for edible and usable things which would otherwise be thrown away. Yes, they are hardcore recyclists.

P never married but was much into sex. He was in a carnal relationship with a Flemish girl at that moment. He grew up in communism and was even a member of the young pioneers, a communist youth organization most teenagers must join in communist time. Then bang! the Berlin Wall was pushed down, Germany was reunified and capitalism poured in. If he had another passion, then it was politics. We would discuss communism and world politics hours on end.

He: So are you also into dumpster diving?
I: Not as experienced as you, but yes, I totally agree with the concept. It is shown that 30% of the food manufactured is wasted and dumped away. While people are starving in other parts of the world, we are throwing food away. That is a crime against humanity. Imagine if the 30% food is not wasted, the world food price will reduce to a more affordable level. Then more people will be able to afford it and less people will be starving.
He: You might be right with the economy but I do it because it is exciting and adventurous. Tomorrow I will go dumpster diving again, you wanna join?
I: Sure!

You see, as I told you many a time already, compared to other western countries, EU is the most left-wing/socialistic country and inside Europe, Berlin is probably the most left-wing city. Not only unemployed young people or poor students do dumpster diving or hitchhiking, many well paid middle class also do it. They do it not just because of economical needs, more importantly because they agree with the ideology behind them. For example, all 3 housemates of P had well-paid jobs and none of them could be described ‘poor’, yet they all happily ate the food P found in garbage containers everyday. 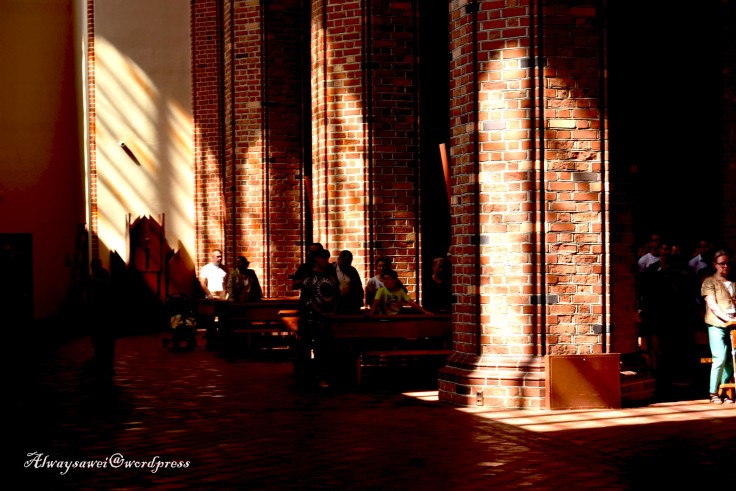