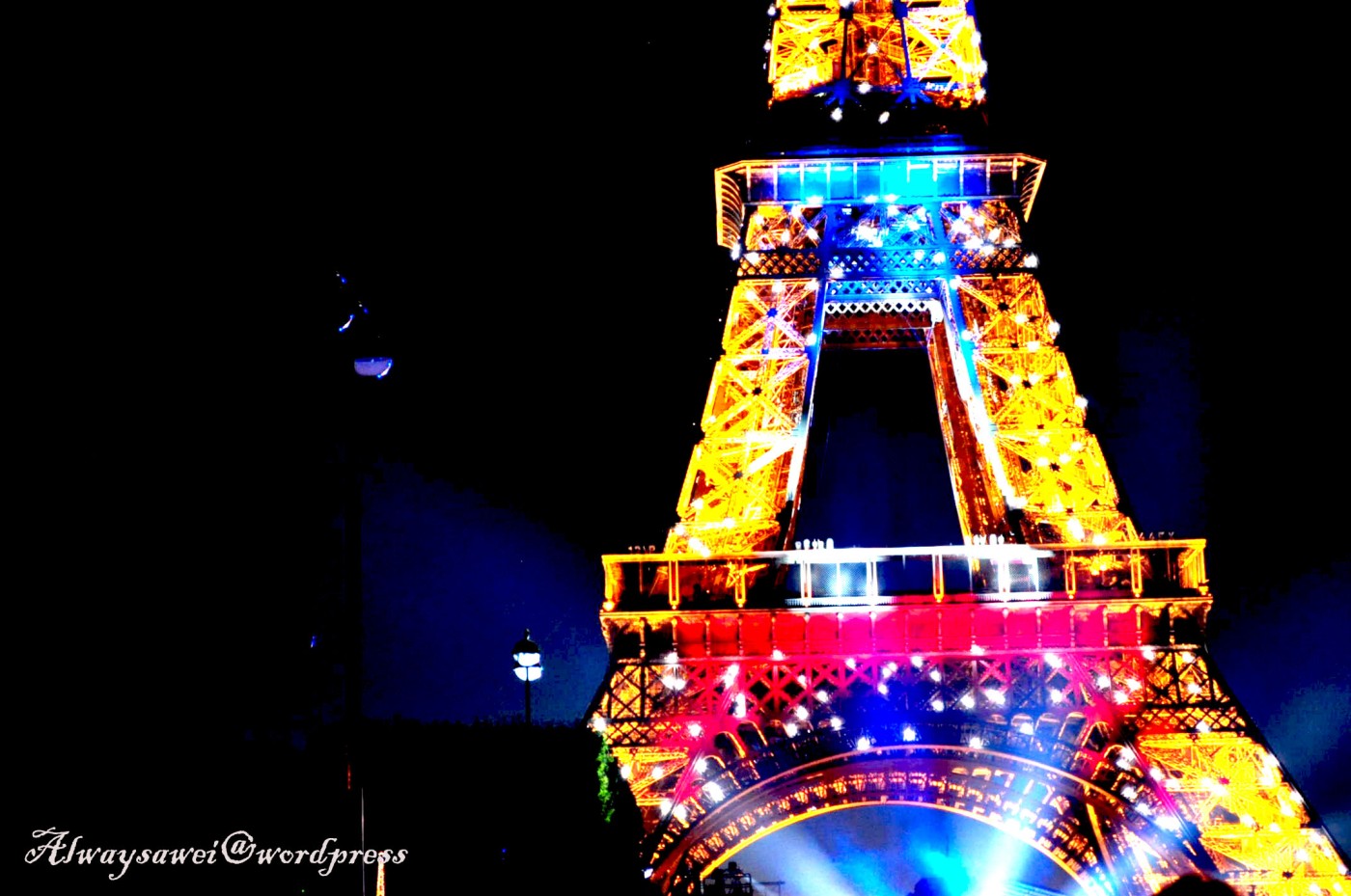 The Paris I Used to Know

I camped not far from Anna’s igloo. It was a place just below the rims of the motorway. As long as nobody threw any beer bottles down, I was safe and sound. I lay down, could not stop thinking about what Anna said about her peace and soon fell asleep.

Only when I woke up did I realize the pure magic of night. So many things could happen so naturally at night, the intimacy between strangers, the profound conversation and the feeling that one could see through life itself. Once the light was out, we were suddenly in a totally different status, as if somebody switched off a button on us. Everybody is a different person at night.

That is why I like wandering at night. The dark layer of mystery makes everyone of us a mysticist. The silence, the darkness and the solitude make us reflect, make us think and make each of us a philosopher. 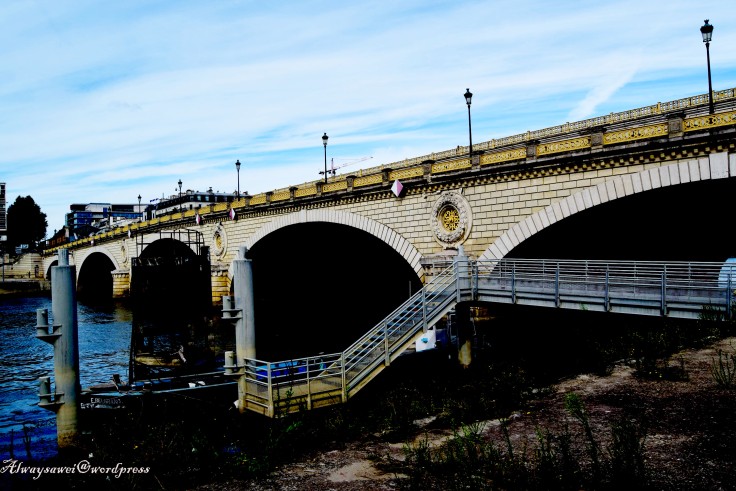 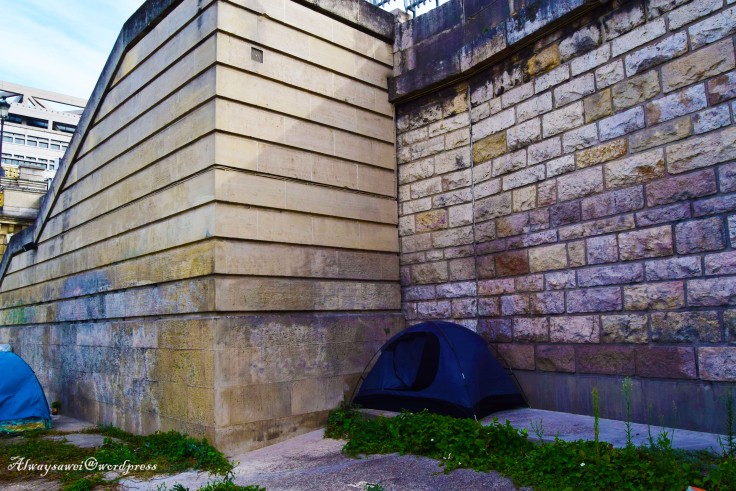 I bade goodbye to Anna. I wanted to wish her something, but could not find anything to wish her with. She had found her peace. What else did she did?

I walked in the streets. When I was living in Europe, I did not notice it, but now after being around the world, I suddenly noticed that people in Paris had such a fine taste of fashion. The obsession for Paris was a rather interesting phenomenon. I once asked my European friends which European cities were their favorites and none answered Paris. For those living in Western Europe, French people were weird, arrogant and simply terrible. However, for those from abroad, Paris essentially meant Europe. They could not imagine a Europe without Paris.

For me, if we can grade every city, all the cities in the world lose points in the rain except Paris. If the everyday Paris is 9, then Paris in rain is 9.5.

I went to my friend Martina’s place. She was living with her French boyfriend Charles near Rueil-Malmaison metro station. They were such a lovely couple and it was already the 2nd time that I stayed in their place.

Near Moulin Rouge, I met up with Amelie and her friends in a bar where she frequented. We had been friends on Facebook for years but this was the first time that we saw each other in real life. Yes, you are right, we met through the Nomads group. 😀

She once hosted a young couchsurfer from Canada. That was a young guy, rather innocent. Let’s call him David. Amelie was a wonderful host and they had a great time. She warned him that not all couchsurfing hosts were such wonderful people.

So David left Paris and went couchsurfing in Vienna. His host turned out to be a creepy gay guy who was using couchsurfing to prey on young guys. Things soon got weird and one night Amelie received a whatsapp message, from David.

David: Help me! I’m in the toilet and I can not talk now. The host is threatening to cut the wifi if I don’t come out now. Help me!
Amelie: What? Where are you? Tell me your location! I will call the police!

The wifi went off.

The host was banging the door. David was scared to death, with tears he climbed over the window of the toilet. Barefooted and in shorts, he jumped on the street and started running. Minutes later, Amelie received a phone call from David. He was scared and could not stop crying in the phone.

David: I am now on the street…… I am scared. I do not know what to do…
Amelie: Where are you exactly? Calm down and tell me where you are.
David: I don’t know. My battery is dying. I just passed a bakery.

Then the battery died……

Amelie was in shock, big shock! She suddenly remembered she had an indirect family connection, an Indian guy whom she never met and if she remembered correctly he lived in Vienna. She woke up her family at midnight to ask for the contact. After some effort she got hold of the Indian guy and called him.

Amelie: Sorry for the hassle, are you in Vienna now? Could you help my friend?
He: Eh…… I was away for work and now I am not in Vienna.
Amelie: Could you make it fast back to Vienna?
He: Eh… OK…… Where are your friend?
Amelie: …… I don’t know. He just passed a bakery then his battery died.
He: A bakery? …… (in his mind: Do you know how many bakeries are there in Vienna?!)

Normally it would take 4-5 hours to drive back to Vienna, but he made it within 3 hours, killing only God knows how many insects on the highway.

Once in Vienna, he drove around Vienna for hours until he saw a man in underwear on the street, shaking from the cold, crying and totally desperate.

That was how Amelie rescued David the innocent couchsurfer. Yes! She was a total hero.

It was a most unpleasant couchsurfing experience. However, David was just too innocent to check that guy’s profile carefully. There were several suspicious signs on his profile. He indicated specifically that he preferred to host man. Some of the references he got were negative. If he had paid attention, he would have spotted them.

To be fair, both Amelie and I agreed that couchsurfing was and still is a great community of travelers. As I said before and on my couchsurfing profile: I really think Couchsurfing is the biggest collection of open-minded people on our planet, especially before it was sold to Yahoo and became a for-profit organization. In 2013, when my shoes got broken and I posted on Leiden Couchsurfing group, a rather small couchsurfing community in a city of 120 000 residents, within 3 hours 7 people replied that they had spare shoes which I could take. This kind of generosity and kindness had unfortunately diminished. Couchsurfing was fast losing its original ideology — peace, love, travelers help travelers.

Among my friends and acquaintances, the coolest ones are almost without any exception all from Couchsurfing. Couchsurfers are not just open-minded, generous and kind, in many countries where the society is conservative or oppressive, couchsurfing has become the refuge of those who are not accepted by their own society. If you go to some Muslim countries, you will find many homosexuals, atheists and girls who do not want to get married in the local couchsurfing community. They all flock to CS simply because that is the only place open enough to accept them as they are.

I really think the Couchsurfing project, I mean the one before it was sold to multinational corporations, should win Nobel Prize for Peace. I have never seen any other projects doing a better job than Couchsurfing in promoting communication, understanding and reconciliation between people of different nationalities, religions and races. Israelis and Palestinians, Indians and Pakistanis, in everyday politics they are enemies but in Couchsurfing they are friends and get along peacefully with each other. Is that not beautiful?

I have an Iranian friend who was studying astronomy and Kungfu. Yes, these two subjects totally went along. 🙂 😀 She lived in India for a while. She did not have any friends there, so she found people to hang out with through CS. She met an Indian guy in this way and not long later they got married. Since they met each other through CS, they invited the founder of CS to the wedding. I was also invited of course. 😀 The difference was that the founder of CS came but I could not, as I was already hitchhiking in Europe at that time.

I have seen fabulous things happening via Couchsurfing, stunningly amazing! WOWO! I have the dream of one day becoming a billionaire to buy back CS and make it non-profit again. Right! Make Couchsurfing great again! 😉 😀

So…… anybody who could help me to become a billionaire? 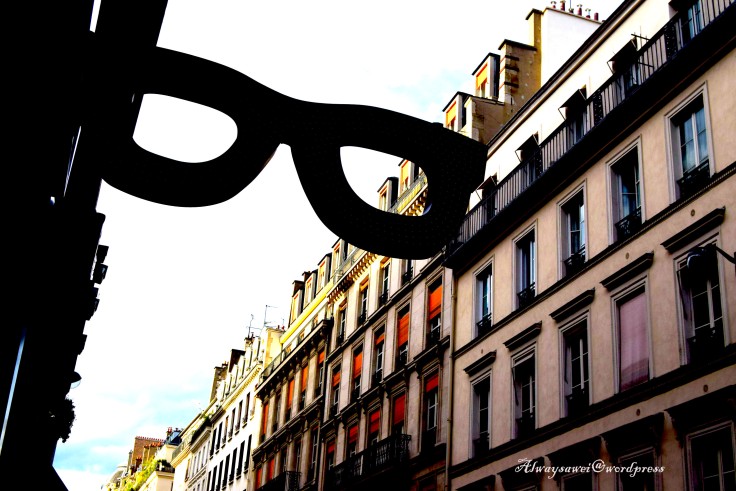 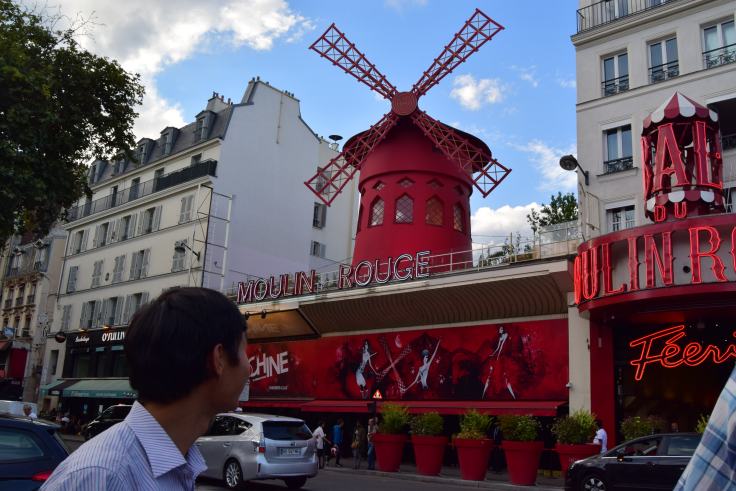