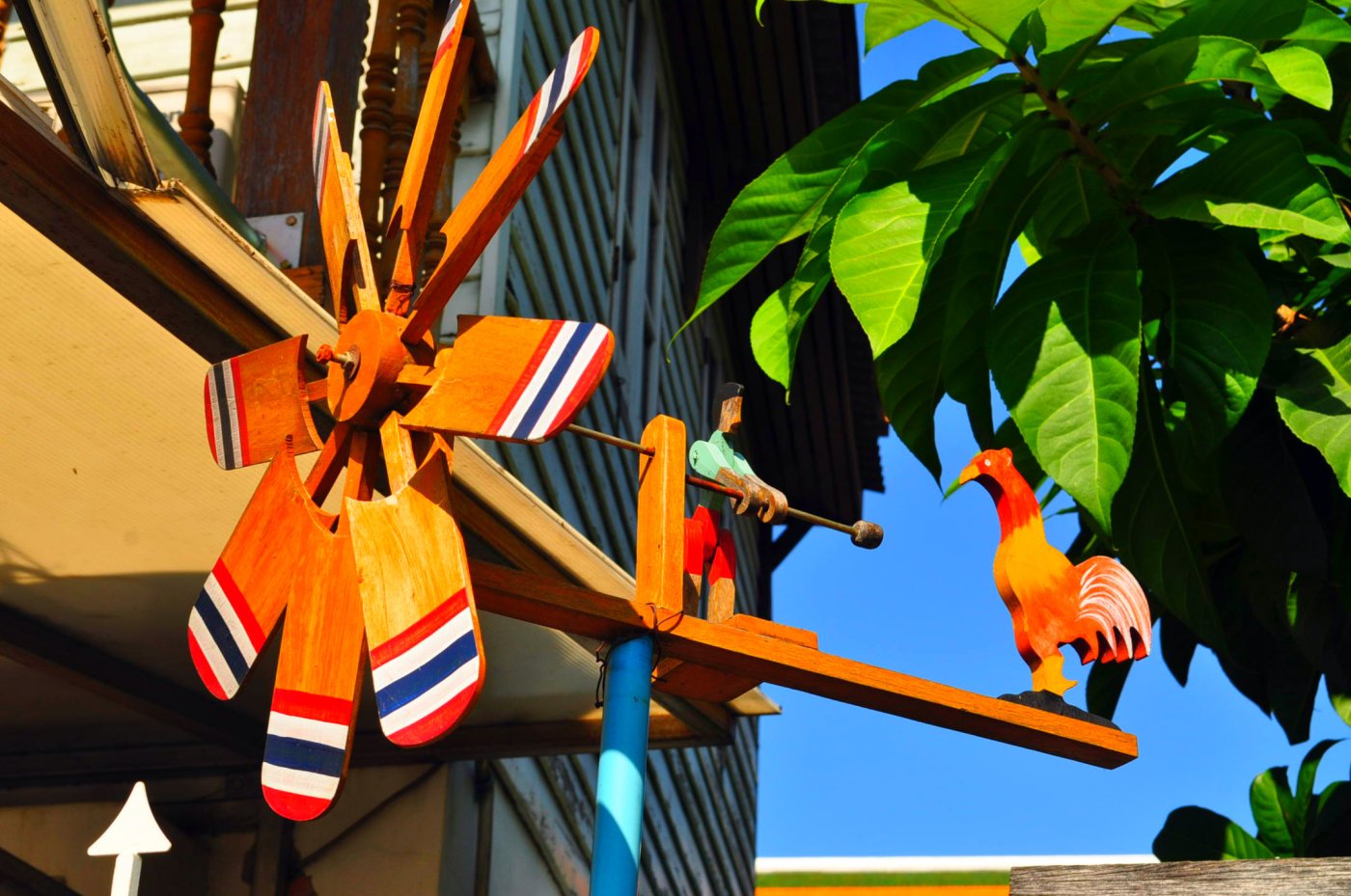 Jan 11th, 2015
“Another sunny day!” That’s what I realized when I woke up. Soon my senses told me that “No, it’s not sunny, it’s scorching!” To hitchhike in a rainy day was Rough and to hitchhike in a scorching day was Tough! Therefore, before I officially got up, I prayed to the God of Nice Weather for Hitchhiking. 😉
My destination was the Thai-Cambodian border. I had had the plan to visit an ancient site called Sukhothai but my visa would expire in 3 days. Had to reach the border as soon as possible. The route largely overlapped with the motorway from Chiangmai to Bangkok. The two routes diverged in Singburi, so if I could find a vehicle to Bangkok, I could reach Singburi, from where it would be only a few hundred kilometers to the border!
On my way to exit the city, I sold some second-hand books so I could get some cash and reduce the weight on my back. Seriously, carrying paperback books was a worst choice for a backpacker, especially if you were hitchhiking! When I finally exited the city, it was already noon. My limited patience was already grilled away the moment I put up my sign. I feel I was being fried and the dust came upon my sweating skin like pepper powder. Nothing came up for quite a while although I was sure that a lot of vehicles would head for capital!
The dry and ruthless heat was testing how determined I was to hitchhike. I told myself again and again that I would hitchhike and ONLY hitchhike to Singburi! It could not be too hard. Perhaps since I was not white (Sorry but racism widely exists in South East Asia), it would be harder but still there was a fair chance!
Half an hour passed, during which time I changed spots, poses and facial expressions but still no one stopped. I found a gas station, where I went up to ask the drivers. For about 20 min nobody would take me or go to my direction.
Another truck stopped there, a not-so-new but well preserved one. A strapping but rather short man came out. I immediately went up with mild smile and slow and simple English:”Do you go that direction?” while pointing to the way to Bangkok. “Yes, I go to Bangkok.” He said in not so fluent but passible English. Although he did not have a big smile on his face I could feel that he did not have any objection to hitchhikers. I burst into a big smile:”Great! Then you will pass Singburi?!” He instantly said:”No.” and tended to his business. When I was just about to remind him that he would indeed pass Singburi on his way to Bangkok, he realized it and corrected himself:”Oh yes, I am going to pass Singburi and you can come with us.” Then he was busy with filling the oil tank. Yeah!!! I was jumping around like a grasshopper! “How kind of you!” “Thank you so much!” I was overflowing with thankful words. Suddenly I felt that the sun was not that scorching anymore. Instead it was simply too happy to cool down. Thailand suddenly returned to its previous state — people were kind and gentle! He laughed when he saw my reaction. Done with the gas tank, he knocked on the door of the driver’s cab and said something. Obviously there was somebody inside — a little boy, about 8 years old, who turned out to be the son of the driver. He was asking the little boy to make some space for me.
The truck started. I was full of excitement again and started talking with the driver, who had a headphone with him all the time, to talk with his family and colleagues, I supposed. Since he did not speak much English and he was busy on the line most of the time, I was reading “The Sorrows of Young Werther”, watching the landscape and playing with the boy most of the time. The little boy was very curious about my camera and I was teaching him how to use it and he took photos for me even! 😀
We did not stop for lunch. However, when we passed a river, we did stop because the little boy wanted to play with water there. They bought some kind of fruits, looking like beans but very sweat and we were eating them all the time.
It was a long ride…… When it was already dark we were still not in Singburi yet…… When he finally dropped me and told me that I was in Singburi, it was already 9pm…… i walked towards somewhere with more light. Miraculously a scooter appeared and simply stopped beside me and the driver, a young guy asked me if I wanted a ride to the city center. God! Why not! 😀 How nice! 🙂 He dropped me at a hotel, where I used the free wifi but could not find any cheap accommodation nearby. The problem was that I was really in the middle of nowhere. The city of Singburi was too small. There were only two hotels in the whole city and they were both expensive. However, I did see a hospital! Quite a big one and I simply walked in and sat on a bench in the emergency section and read some book on my mobile. Then I found out that there were more than one person actually sleeping on the benches in the yard and corridors of the hospital. I soon became one of them. I chose a bench in the corridor and tried my best not to be eaten by mosquitoes, but the next morning when I actually woke up, my mouth was so biten that it became…… (to be continued)

2 thoughts on “An Almost Expired Visa, A Little Boy and A Truck to Singburi”